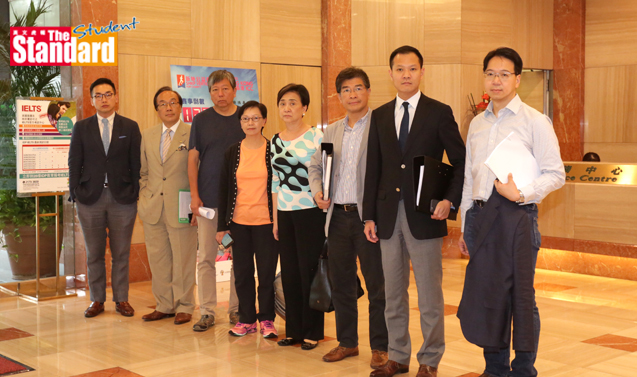 THE director of Beijing’s liaison office in Hong Kong said it would be a breach of the one country, two systems principle if separatists were allowed to use the Legislative Council (立法會) election as a platform to promote their ideas.

Zhang said the central government has no wish to “mainlandise” Hong Kong or turn it into another Shanghai (上海), Guangzhou (廣州) or Shenzhen (深圳).

He called for patience in the face of challenges arising from the one country, two systems principle and urged people to respect and understand the differences between the SAR and the mainland.

Zhang made the comments after pan-democrats said they would not sign a new confirmation form - issued by the Electoral Affairs Commission (EAC, 選舉管理委員會) - on which candidates confirm their support for “one country, two systems”.

In a separate event, Chief Secretary for Administration (政務司司長) Carrie Lam Cheng Yuet-ngor (林鄭月娥) said the measure by the EAC is a reaction to independence calls, which are against the Basic Law.

“Obviously there are some people violating ‘one country, two systems’ and the Basic Law. These people are agitating for Hong Kong independence, and use this call for their Legco campaign,” she said.