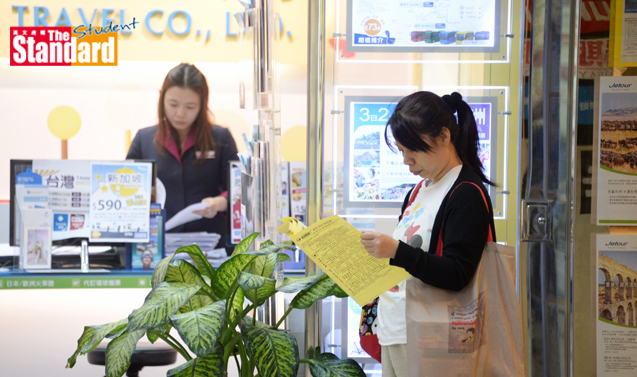 THE number of group tours to Western Europe (西歐) has fallen by 30 percent since terrorist attacks hit the region last year, according to the Travel Industry Council (香港旅遊業議會) chief.

The latest attack - in which Hongkongers were injured on a train in Germany on 18 July - prompted executive director Joseph Tung Yao-chung (董耀中) to call on European authorities to strengthen security checks.

He said tour groups usually do not choose trains, but he believes the incident is an isolated one.

“European authorities should strengthen checks to regain the confidence of tourists in taking trains.”

Tung said booking and consultation for group tours to Western Europe, such as France (法國), had fallen 30 percent since November last year when the Paris (巴黎) terrorist attacks occurred.

France also recently suffered another attack when a terrorist driving a truck killed scores of people in the southern resort of Nice on 14 July.

But bookings for eastern, northern and southern European countries such as Spain (西班牙), Portugal (葡萄牙), Denmark (丹麥), the Czech Republic (捷克) and Hungary (匈牙利) had risen by 20 percent.

“It showed that Hongkongers are worried, but at the same time they really like travelling,” Tung said.

Many travel insurance plans cover terrorist attacks, but some of them exclude riots from compensation.