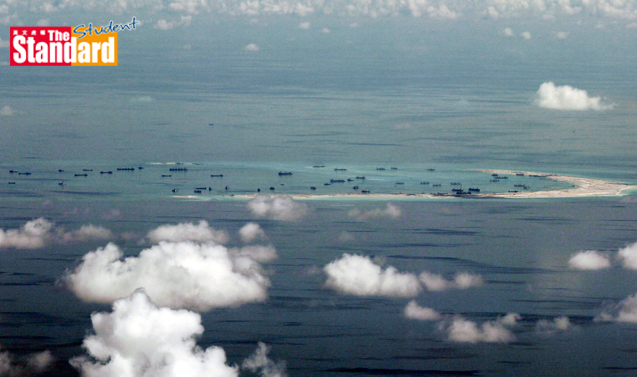 AN international tribunal’s ruling denying China’s claims in the South China Sea (南中國海) will “intensify conflict and even confrontation,” according to Beijing’s (北京) ambassador to the United States.

Cui Tiankai (崔天凱) also told an international forum in Washington (華盛頓) that Beijing remains committed to negotiations with other parties in disputes over South China Sea waters that have some of the world’s most promising oil and gas fields and fishing areas.

In a case that was seen as a test of China’s rising power and its economic and strategic rivalry with the United States, the Permanent Court of Arbitration (常設仲裁庭) in The Hague (海牙) ruled on 12 July that China had breached the Philippines’ (菲律賓) sovereign rights by endangering Philippine ships and fishing and oil projects.

The Chinese diplomat blamed the rise in tension in the region on the US “pivot” towards Asia in the past few years. Cui said the arbitration case “will probably open the door to abusing arbitration procedures.

“It will certainly undermine and weaken the motivation of states to engage in negotiations and consultations for solving their disputes,” Cui said. “It will certainly intensify conflict and even confrontation.”

China boycotted the arbitration hearings and described them as a farce. Legal experts and Asia policy specialists said Beijing risked violating international law if it continued to strike a defiant tone and ignored the ruling.

The US, which China has accused of fuelling tensions and militarising the region with patrols and exercises, said the ruling should be treated as final and binding.

The ruling is significant as it is the first time that a legal challenge has been brought in the dispute.