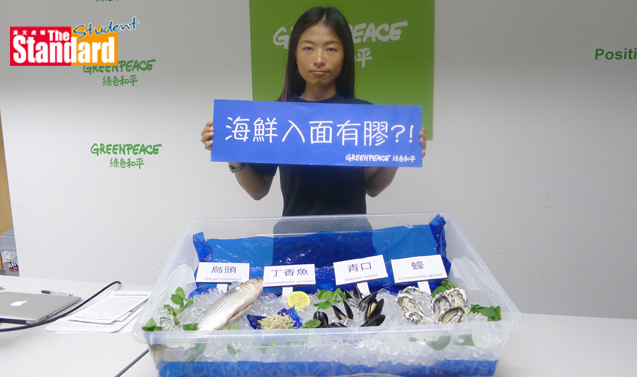 THERE are fears about the health of more than 170 types of fish and marine creatures which have ingested miniplastic spheres found in toothpaste, soap and facial cleansers containing microbeads.

Microbeads, a type of microplastic measuring less than 5 millimetres, are manufactured mostly for personal-care products such as facial scrubs, cleansers, soap and toothpaste for lubrication. Since they are too small to be filtered in sewage treatment plants, most of them flow into the ocean where they are eaten by fish and other marine life.

The claim was made after a review of overseas studies. It is believed that 44 percent of face cleansers sold in Hong Kong contain microplastics.

The group found that marine creatures - including mussels, bluefin tuna, lobsters, flathead mullets and oysters - have been affected.

It warned that microplastics could accumulate down the food chain.

“We have come across randomly sampled research suggesting 30.5 percent of bluefin tuna and 40 percent of flathead mullets contain microplastics. Another case shows that 0.47 granules of microplastics are found in each gram of oyster,” Lin said.

She said those finding were not from Hong Kong.

Since the research focused on the global situation and no scientific surveys were carried out in Hong Kong, Greenpeace said it is not sure how widespread and urgent the problem may be here.

Greenpeace urged the Hong Kong government to follow the US which banned microbeads last year.

Are microplastics in our water becoming a macroproblem?https://goo.gl/BiM3qz