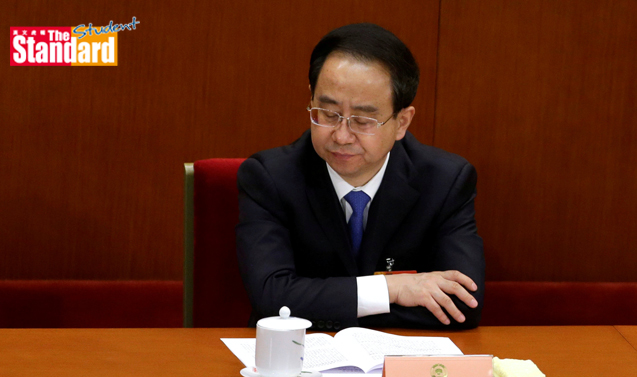 LING Jihua (令計劃), an ex-aide of former president Hu Jintao (胡錦濤), was sentenced on 4 July to life in prison for taking bribes, illegally obtaining state secrets and abusing his power in a downfall set off by an alleged cover-up of his son’s death in a speeding Ferrari (法拉利).

A court in the northern port city of Tianjin (天津) delivered the verdict against Ling nearly one month after the trial, which was held behind closed doors because the case involved state secrets, Xinhua (新華社) said. Ling told the court he would not appeal.

His fall has been a blow to the Youth League bloc within the party, which had centred on Hu and is seen as a contending force for Hu’s successor, Xi Jinping (習近平). Members of the bloc in the top leadership have seen their powers diminished since Xi took over, said Willy Lam Wo-lap (林和立), an expert on mainland politics at the Chinese University of Hong Kong (香港中文大學).

Ling fell out of political favour in 2012, just ahead of a once-in-a-decade power transition, when he was allegedly involved in the cover-up of his son’s death in a speeding car with two nude or half-dressed women as passengers.

In September that year, shortly before Xi replaced Hu as party chief, Ling was transferred to the party’s United Front Work Department (統一戰線工作部) in what was widely seen as a demotion.