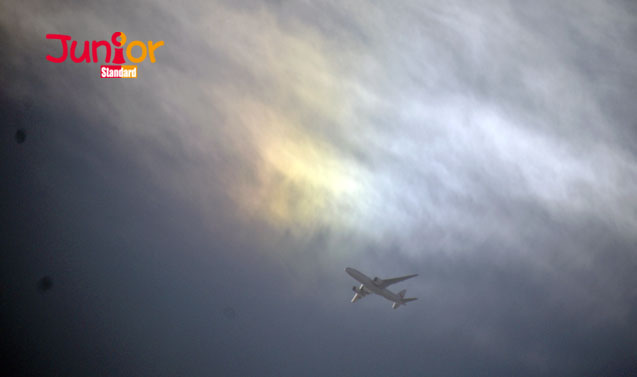 Solar Impulse 2 (「陽光動力二號」) took off from Abu Dhabi (阿布扎比) in the United Arab Emirates (阿拉伯聯合酋長國) en route to the Omani (阿曼的) capital Muscat (馬斯喀特) at the start of a five-month journey of 35,000km organised to focus the world’s attention on sustainable energy.

“Solar Impulse wants to mobilise public enthusiasm in favour of technologies that will allow decreased dependence on fossil fuels, and induce positive emotions about renewable energies,” said the mission website, which maps out the plane’s location and broadcasts audio from the cockpit in real time.

The plane is only as heavy as a family car (2,300kg) but has a wingspan as wide as the largest passenger airliner. Its journey will span approximately 25 flight days, broken up into 12 legs, at speeds of between 50 and 100km per hour.

“Miracles can be achieved with renewables such as solar power,” said Swiss (瑞士的) pilot Bertrand Piccard, who also made the first non-stop circumnavigation of the globe in a balloon in 1999.