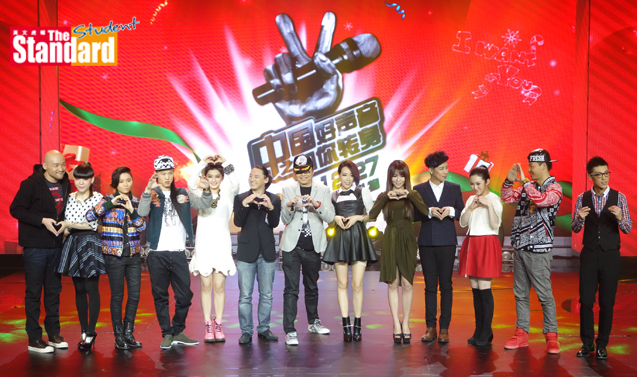 CHINA will tighten restrictions on foreign and “foreign-inspired” TV programmes, its broadcast regulator said, in a bid to boost production of domestic shows that promote Chinese patriotism and traditions.

President Xi Jinping (習近平) has embarked on an unprecedented drive to clamp down on the internet and censor opinions that do not reflect those of Communist Party (共產黨) leaders, including tougher penalties for what the government calls the spread of rumours via social media.

“Only independently innovative programmes with Chinese cultural genes, characteristics and style can sustain themes of the Chinese dream, core socialist values, patriotism and outstanding Chinese cultural traditions,” the regulator said, according to a Xinhua report.

The channels will not be allowed to broadcast programmes with overseas copyright or inspired by foreign shows, such as the popular singing contest the Voice of China (中國好聲音), without seeking approval two months in advance, it said.

Only one such new programme may be broadcast every year, but not in a primetime slot in its first year. Violators face a one-year ban on broadcasting such programmes, it added.

Despite government controls, foreign TV shows are widely available as illegal downloads or on pirated DVDs. Many are also available legally online through distribution deals with domestic websites.