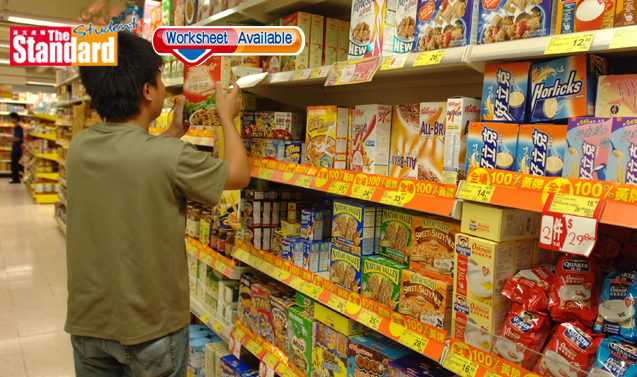 A SUPERMARKET chain in Hong Kong has pulled two brands of oatmeal off its shelves after the authorities in Taiwan (台灣) found some products there contained a carcinogen.

Wellcome (惠康) said it carried Bob’s Red Mill (鮑伯紅磨方) instant rolled oats and Fifty 50 Low Hearty Cut Oatmeal (FIFTY50 心型燕麥片). While these had not been produced in Taiwan, it added, it was taking them off its shelves. Customers who have those products can get refunds if they have receipts.

But a spokeswoman for ParknShop (百佳), which sells similarly branded products, said its stocks met SAR standards and regulations.

Taiwan’s Food and Drug Administration (衛生福利部食品藥物管理署) had announced that tests on 36 oatmeal products showed the herbicide glyphosate (草甘膦 ) in 10 of them, including four Quaker products.

Standard Food (佳格公司), which manufactures some Quaker products in Taiwan, said the types that were found to have high levels of the herbicide had been produced in the United States and exported to Taiwan.

Its Quaker Oats products had ingredients that were imported mainly from Australia (澳洲), Standard Food said.

In Hong Kong, the Food and Environmental Hygiene Department’s Centre for Food Safety said it was waiting for information from Taiwanese authorities. It added that none of the 210 oatmeal samples tested from 2013 to March this year contained glyphosate.

William Chui Chun-ming (崔俊明 ) of the University of Hong Kong’s department of pharmacology and pharmacy (香港大學藥理及藥劑學系 ) confirmed that glyphosate is carcinogenic.