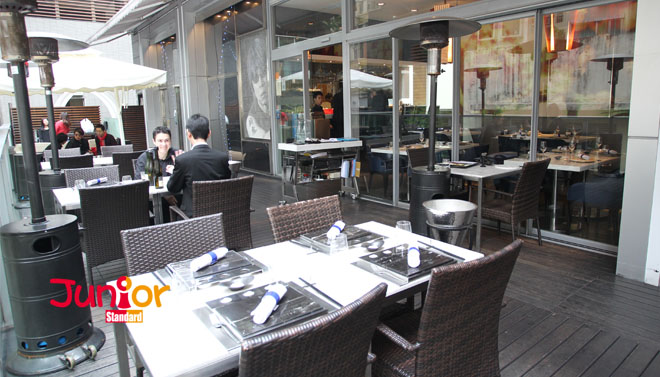 A WAN CHAI (灣仔) restaurant run by the ‘Demon Chef (廚魔)’ has been awarded three stars in the latest Michelin Guide.

Bo Innovation, run by Alvin Leung King-lon (梁經倫) on Ship Street (船街), has been known for its creative Chinese cuisine since opening five years ago. British-born Leung likened the Michelin Award to a Golden Horse award (金馬獎) at the Taipei (台北) film festival.

Leung, 52, said getting a star upgrade in the Michelin Guide Hong Kong & Macau 2014 was not easy because competition is keen among local restaurants.

“I never stop reflecting on my own performance. And though I have been awarded three stars this time, I have to keep it up.”

Leung said it was unpleasant when the restaurant was downgraded. “I was disappointed, but at the same time it reminded me to improve and to keep on learning.”

Five restaurants were given three stars,13 two stars and 44 one. Another 69 were also mentioned as “restaurants with good value” in the guide of 242 restaurants.