Mirrors blamed for fire at US solar plant 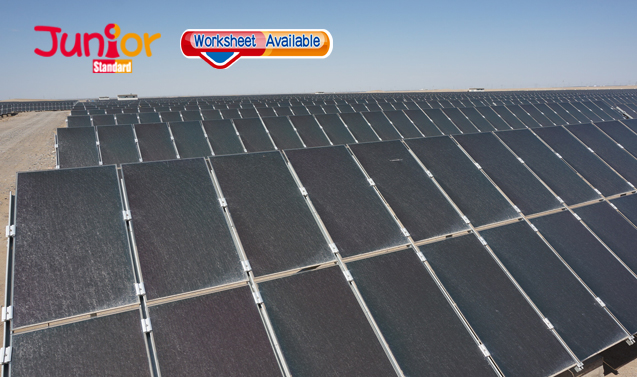 A FIRE took place at the world’s largest solar power plant in the United States.

The fire was small and was put out soon, but it left the plant with just 30 percent of its capacity.

The huge facility sprawls over eight square kilometres in the Mojave Desert about 72km southwest of Las Vegas (拉斯維加斯).

The fire was reported on an upper level around 9.30am, fire officials said. Plant personnel put the fire out in about 20 minutes.

Plant officials said the incident was being investigated and the cause of the fire has yet to be determined. But the fire department suspected it was caused by faulty mirrors.

The mirrors focus sunlight on boilers at the top of three 140-metre towers, creating steam that drives turbines to produce electricity.

But for some reason, some mirrors became misaligned, meaning they did not point at the right place. Instead of the boilers, the sunbeam focused on a different level of Unit 3. This caused electrical cables to catch fire. Photos showed melted and scorched steam ducts and water pipes.

(This article is published on Junior Standard on 26 May 2016)

4 reasons the Ivanpah plant is not the future of solar energy
http://goo.gl/qltPwx