Nuclear energy in the balance 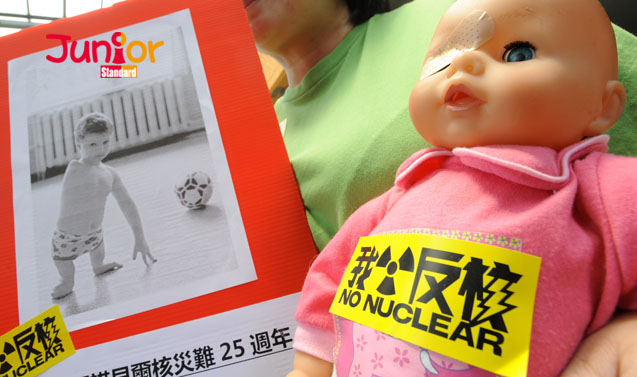 With governments under pressure to reduce greenhouse gas emissions, nuclear power seems to be an obvious alternative. But are the risks worth it?

ON 11 March 2011, the Fukushima Daiichi nuclear power plant (福島第一核電廠) in Japan (日本) was hit by a tsunami caused by a severe earthquake. Daiichi was the largest nuclear incident since the Chernobyl (切爾諾貝利) meltdown in Ukraine (烏克蘭) in April 1986. Three of the plant’s six nuclear reactors suffered meltdowns, causing huge amounts of radioactive material to leak into the environment.

Nuclear energy, which has a relatively lower gas emission, has been a key component in the fuel mix of many countries worldwide. But the tragedy reminds the world of the catastrophic consequences nuclear power can bring. Is nuclear energy the future of power production, or a ticking time bomb about to explode? We look into the pros and cons of the energy source, and the impact it poses on us.

Nuclear vs fossil fuel
Advantages:
• Using nuclear power to generate electricity emits much lower levels of greenhouse gases than burning fossil fuel. This helps to slow down global warming.
• A small quantity of nuclear fuel can release a huge amount of energy (1kg of uranium-235 generates the same amount of electricity as 2,500 tons of coal).
Disadvantages:
• Nuclear waste is generally highly radioactive. Mishandling could lead to disastrous consequences.
• Nuclear power plant accidents could release radiation, posing a serious threat to the environment and people who live in the vicinity.

Impact of nuclear incidents
• Radioactive particles can be carried long distances by wind, harming living things and people far away. Lighter radioactive particles could float up into the atmosphere and come back to Earth in rain.
• As many nuclear power plants are built on the coast, radioactive substances could leak into the sea, especially when sea water is used to cool down reactors after an accident. Sea currents could carry such contamination even further afield.
• People may inadvertently drink water contaminated by radiation. Farmers may use contaminated water for irrigation, and the resulting agricultural produce could be harmful to humans. Likewise, marine life or land animals, that have absorbed radioactive substances, would become health threats when people come into contact with them or eat them.
• Radiation could cause cancer and cell-mutation and lead to deformities in newborns.
• The half-life of nuclear fuel – the time it takes for the radiation level to reduce by half – is extremely long. In other words, the threat of radiation can last for decades or even centuries.


Economic considerations
Pros:
• Nuclear fuel is cheaper than fossil fuel and it takes only a small amount to generate a lot of electricity.
• Nuclear fuel costs are relatively less affected by fluctuations in market price.
Cons:
• Nuclear power plants are more expensive to build.
• Clean-up and remedial costs for nuclear accidents are extremely high.


Nuclear energy in Hong Kong
Hong Kong is getting part of its electricity supply from the Daya Bay nuclear power plant (大亞灣核電廠). Although an accident at the Daya Bay plant is very unlikely, we have a contingency plan under which two Emergency Planning Zones are set up.

The first is for areas within a 20km radius from the plant. Sparsely populated Peng Chau (平洲) island is the only land mass within that zone. Countermeasures include evacuation, sheltering or the use of thyroid blocking agents.