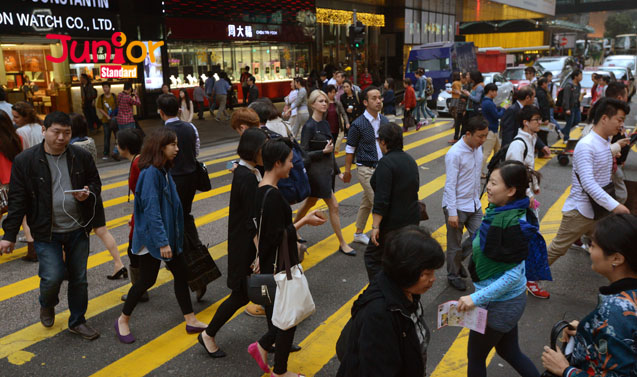 POLITICAL and social instability are among the main reasons Hong Kong’s quality of life is way below that of rival Singapore (新加坡), a survey by consulting firm Mercer (美世) shows.

Hong Kong was placed 70th in this year’s ranking – up one place from 2014 but way behind Singapore, which is 26th.

Connie Leung Sze-man (梁思敏), a team-leading consultant for Mercer (Hong Kong), noted that the SAR’s score has not varied much for three years.

“Hong Kong and Singapore are quite similar for most of the categories,” she added.

But Singapore is “obviously doing much better than Hong Kong in terms of internal stability in the political and social environment”.

Hong Kong people may be more outspoken politically, she said, and the instability “is not serious. But it’s not as stable as Singapore.”

Hong Kong’s levels of air pollution, traffic congestion and the quality of its medical and health services also let it down in comparison to Singapore. “However, Hong Kong offers more choice in automobiles in terms of brands and models and also entertainment,” Leung said. As for transport systems, Leung said those in Singapore and Hong Kong are “among the best in the world”.