Calls for 6.15am red rainstorm warning 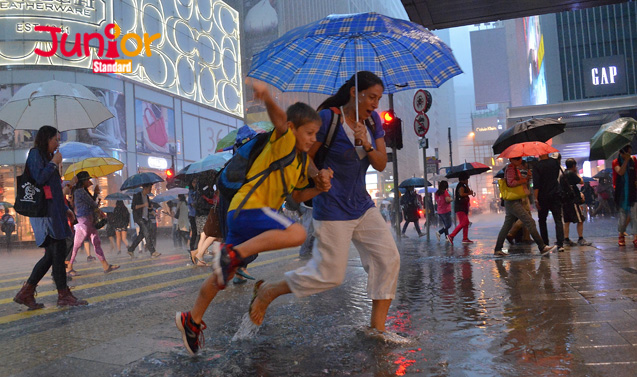 A RED rainstorm warning issued at an “embarrassing” time in the morning caused chaos for students, parents and schools.

The call came after parents and students slammed a decision by the Education Bureau (教育局) to suspend morning classes at 7.45am. At that time, most students were already on their way to school, as most primary and secondary school classes start at 8am.

The Legislative Council education panel was told it would be best if families knew by 6.15am if schools were likely to be closed. To make it work, the observatory should give the Education Bureau a weather situation at 6am to give it 15 minutes to make a decision, which should be enough.

That may prevent the chaotic scenes of students on their way to school when the no-class call came.

Undersecretary for Education Kevin Yeung Yunhung (教育局副局長楊潤雄) said the timing of class suspensions “was quite embarrassing”. He said the mechanism for cancelling classes is reviewed regularly “to see if there is room for improvement”.

Senior scientific officer Olivia Lee Shuk-ming said the rain situation changed rapidly after 7am and the red alert was issued immediately after the new data was processed.

(This article is published on Junior Standard on 17 May 2016)