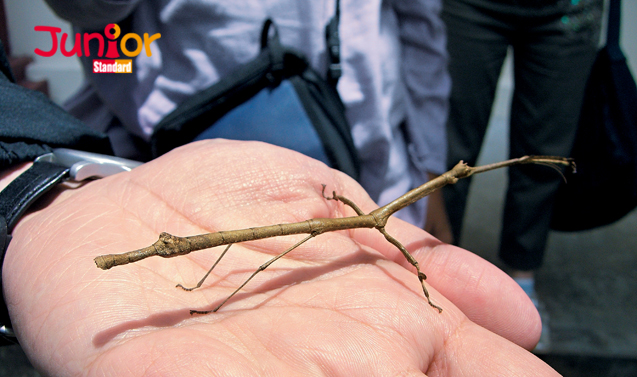 A BUG over half a metre long, discovered in southern China, has been declared the world’s longest insect.

The stick insect, measuring 62.4 centimetres, was found two years ago in Guangxi (廣西).

It has broken the record for length amongst the world’s 807,625 known insect species, reported Xinhua News Agency.

The previous record-holder was a Malaysian 56.7-centimetre-long stick insect. That insect was discovered in 2008 and is now on display in London’s Natural History Museum (倫敦自然歷史博物館).

Scientist Zhao Li (趙力) was tipped off by locals about a huge beast half a metre long but as thick as a human index finger.

He hunted for the bug for six years before he finally glimpsed and captured one.

“I was collecting insects on a 1,200-metre-tall mountain in Guangxi’s Liuzhou City (柳州市) on the night of 16 August, 2014, when a dark shadow appeared in the distance, which looked like a tree twig,” Zhao said.

“As I went near, I was shocked to find the huge insect’s legs were as long as its body,” he added.

The bug has been dubbed ‘Phryganistria chinensis Zhao’ in his honour, and a paper about it will soon be published.

More than 3,000 varieties of stick insects have been discovered so far.

(This article is published on Junior Standard on 12 May 2016)