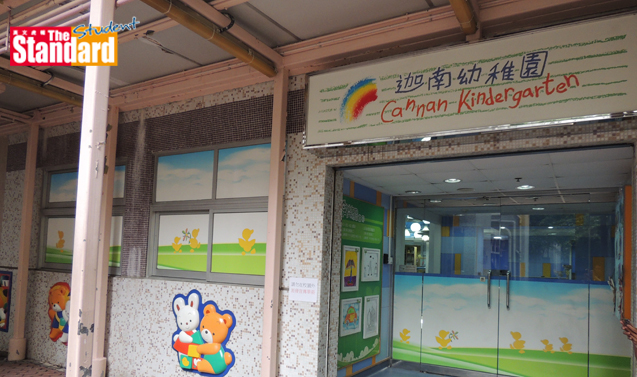 A VIDEO of how kindergarten teachers passed out school bags to youngsters has angered parents.

A minute-long clip that caused a buzz on various social media platforms was reckoned to have been viewed 40,000 times within hours of being posted. It shows three teachers of Cannan Kindergarten (迦南幼稚園) in Charming Garden (富榮花園), Mong Kok (旺角), taking students’ bags from a shelf.

Some bags drop to the floor while others are thrown on tables, with one nearly hitting a youngster in the face.

While the children do not seem bothered, with some looking happy as they pick up their bags, a number of video viewers said the teachers did not seem to care for the youngsters. Some viewers remarked that kindergarten staff should quit their jobs if they are not happy and not stay to treat little children like animals.

A mother of three-year-old twin daughters in another kindergarten said the video reflects a problem as staff “showed no love”.

Such actions could lead children to imitate the teachers’ behaviour, she added, and suggested that kindergartens increase transparency by posting pictures of their classes on the internet.

After a board meeting on 5 May, Cannan Kindergarten issued a notice to parents, confirming that those in the video were teachers.

It said the school was shocked and furious with the teachers, who would be penalised.

There was also an apology for what had happened and a promise to strictly monitor staff behaviour in future.

The Education Bureau (教育局) contacted the kindergarten to ask for more details about what was seen and advised it to take appropriate action to ensure the safety of youngsters.