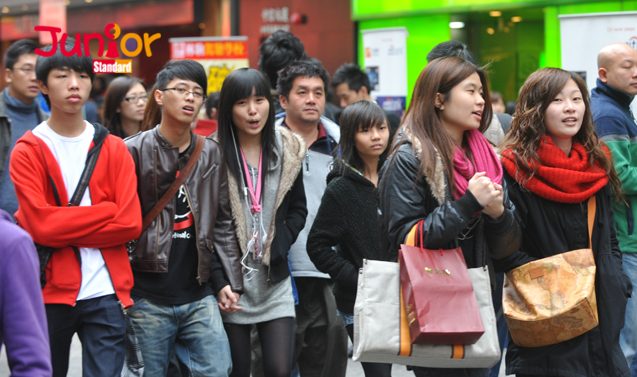 A THIRD of the young people in Hong Kong are not confident about the implementation of ‘one country, two systems’, a new survey has found.

Many of them cited increasing interference by Beijing in SAR affairs as the reason.

A total of 522 people, aged from 15 to 34, were interviewed by Youth IDEAS (青年創研庫), a think tank of the Hong Kong Federation of Youth Groups(香港青年協會).

A correlation was found between the views of young people, their prospects and the outlook for society.

The main causes of their pessimism are the politicised social atmosphere, intensified competition, low social mobility and distrust of governance.

Generally they do not have confidence in the implementation of ‘one country, two systems’, as reflected by the average score of 4.7 out of 10.

More than 20 percent believe they are unable to influence government policies.

In a separate focus group, the think tank quizzed 20 people, aged from 15 to 28, who said they are pessimistic with the continuance of ‘50 years without change’.

(This article is published on Junior Standard on 5 May 2016)