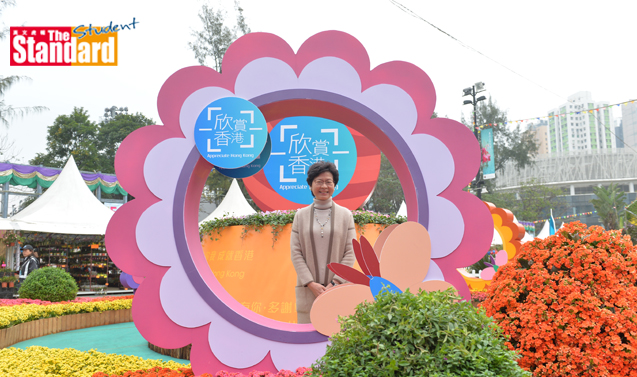 CHIEF Secretary for Administration (政務司司長) Carrie Lam Cheng Yuet-ngor (林鄭月娥) said she had been an activist as a student and felt the highest sense of fulfilment when she was director of social welfare.

During a radio programme, Lam shared her ways of overcoming adversity and her aspirations for being in government over the past 36 years.

She recalled that one of the most memorable lows for her was placing fourth in class for a mid-term examination.

She cried when she went back home, as she was worried about how the teachers and relatives would look at her.

Asked for her reaction, Lam said: “I took the No1 place back.”

She also said she found that being head of the Social Welfare Department (社會福利署) could bring the most change to society, more so than a chief secretary.

“I would say, [the post] which brought most substantial changes, allowed me to work out of the framework, which allowed me to achieve my aspirations as a student, was as director of social welfare,” said Lam, who headed the department from August 2000 to October 2003.

Lam revealed that she wanted to be a social worker when she was admitted to the University of Hong Kong (香港大學), but changed her mind after her first year as she wanted to spend more time on campus taking part in student activities.

World’s loneli...
AN elephant that has become a ...