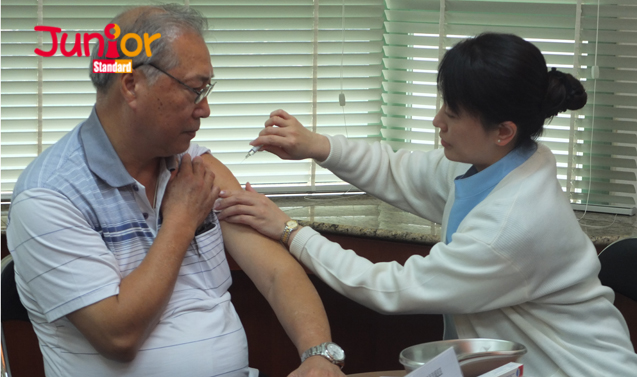 The Department of Health (衛生署) has come under fire for not telling the public about the case of a doctor injecting the wrong vaccine into a patient.

The incident happened on February 23. A patient was supposed to receive a flu jab, but was instead given a tetanus vaccination by a doctor at a clinic.

Clinic staff noticed the mistake during a vaccine stock count, and immediately contacted the patient to apologise. The patient suffered no adverse effects after a check-up, and was given the flu shot.

The department did not acknowledge the mistake until it received media inquiries. “In order to protect the patient’s privacy, the Department of Health would not disclose personal information before having the patient’s agreement,” it said in a statement.

He asked for a review of the storage method of vaccines.

He added it was “plain luck” that the patient did not suffer from complications.

(This article is published on Junior Standard on 3 May 2016)