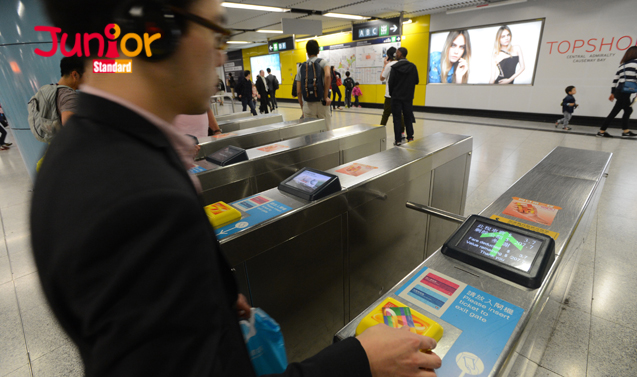 A software glitch caused 340 MTR passengers to lose a total of HK$1,300 in interchange discounts at the Kennedy Town, University of Hong Kong and Sai Ying Pun stations.

MTR Corp Ltd said a software update was completed at three stations from 15 to 22 April.

However, errors meant passengers who shopped or added value to their Octopus cards (八達通卡) may have failed to enjoy some interchange discounts. Affected customers, who lost between 70 HK cents to HK$13.80 each, may inquire at service centres about a refund.

An MTR spokeswoman said about 340 passengers who exited at Kennedy Town, University of Hong Kong or Sai Ying Pun may not be able to enjoy the interchange fare concessions if they used the same Octopus for shopping or add value before exiting. The affected passengers may also have their fares calculated as two separate journeys rather than one if they interchanged at Tsim Sha Tsui or East Tsim Sha Tsui stations, she said.

The incident was discovered after inquiries from passengers. Some passengers have received a refund. MTRCL is contacting personal Octopus holders who were affected.

Councillor Chan Hok-fung (陳學鋒), of the Democratic Alliance for the Betterment and Progress of Hong Kong (民建聯), said there had been problems with gates at the three stations in the past.

MTRCL said several adjustments have been made to the software of the relatively new gates.

(This article is published on Junior Standard on 29 April 2016)