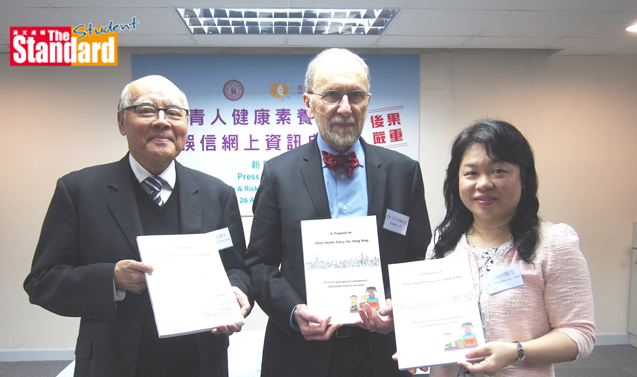 MORE than one in four secondary school students harboured suicidal thoughts or considered harming themselves in the past six months, a Hong Kong Paediatric Society (香港兒科醫學會) survey found.

About 5 percent of the interviewees said they “always” had such thoughts and 22 percent had them “sometimes”.

Society president Lilian Wong Hiu-lei (王曉莉) said this may be due to study pressure during puberty and the Chinese culture of not expressing one’s true feelings.

“In the mainland, they don’t speak out or parents do not want to admit the problem,” Wong said.

Hong Kong students face severe pressure from their studies and the fact society has high expectations of them.

Wong also said society pays too much attention to academic results. Comparisons among peers add to this pressure.

She said the number of students admitting such thoughts should alarm society.

Wong urged the government, schools and parents to step up education to help children handle their emotional problems.

She suggests introducing “health literacy” education to sharpen the ability of students to find correct medical knowledge and to make accurate decisions in dealing with their physical and mental problems.

The society polled 1,685 Form 1 to 6 students via internet surveys from late March to early April.

The poll also found that 62 percent felt sad and cried for no reason while 63 percent had difficulty sleeping.

Wong said students may suffer from depression or anxiety disorders if they have these symptoms.