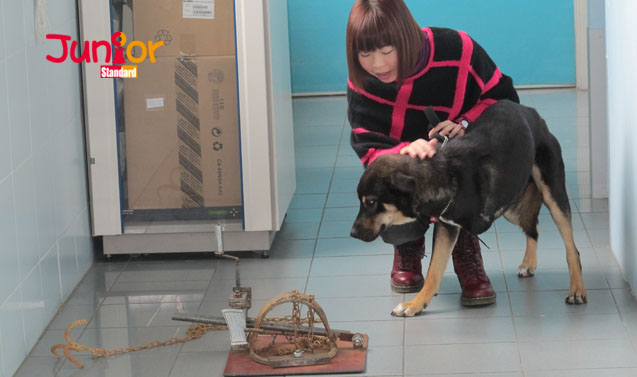 TWENTY-TWO animal concern groups have banded together to combat the use of animal traps that maimed at least 13 animals last year.

SPCA chief officer of the inspectorate said the society confiscated 159 animal traps between 2010 and 2014.

Last year, nine dogs, two cats, a boar and a cow had to be rescued from the traps that were found in remote areas including Lam Tsuen (林村) in Tai Po (大埔) and Hang Tau Tsuen (坑頭村) in Sheung Shui (上水). He said some animals had to have their limbs amputated.

Group members said the Agriculture, Fisheries and Conservation Department (漁農自然護理署) has done little to stop the practice as enforcing the law is difficult.

“To arrest a culprit is difficult,” Ho said. “It needs evidence, like finding someone holding the trap.”

He said a dog named ‘Four-eye Tsai’ was injured by a trap and had a front leg amputated to save its life. The alliance has set up a Facebook page which serves as a platform for volunteers.