Residents among the world’s top walkers 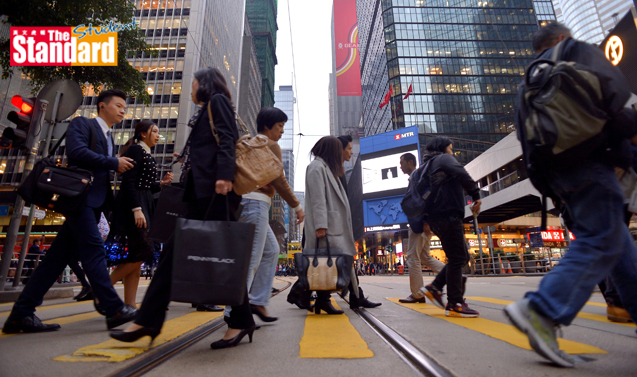 HONG Kong residents rank among the world’s top walkers in an international study that shows people who live in activity-friendly neighbourhoods take up to 90 minutes more exercise per week.

The study, published online in The Lancet, has “important implications for public health policy and practice” in that design of urban environment can substantially contribute to physical activity, researchers said.

The team, co-led by University of Hong Kong (香港大學) school of public health (公共.生學院) visiting professor Ester Cerin (施綺芸), reached the conclusions based on a study of 6,822 people aged between 18 and 66 from 14 cities in 10 countries on five continents.

On average, participants accumulated about 37 minutes per day of physical activity equivalent to brisk walking.

The international recommended guideline is 150 minutes a week of physical activity to stay healthy. Baltimore (巴爾的摩) in the US had the lowest average of 29.2 minutes and Wellington (威靈頓) in New Zealand (新西蘭) had the highest of 50.1 minutes.

Cerin said the 44.9 minutes a day that Hongkongers spend on physical activity were mostly “ accumulated through walking for transportation”.

In another paper, Cerin said high residential density and easy access to public transport are not the only factors that make Hong Kong adults more active.

“Safety from crime is another important factor,” she said.