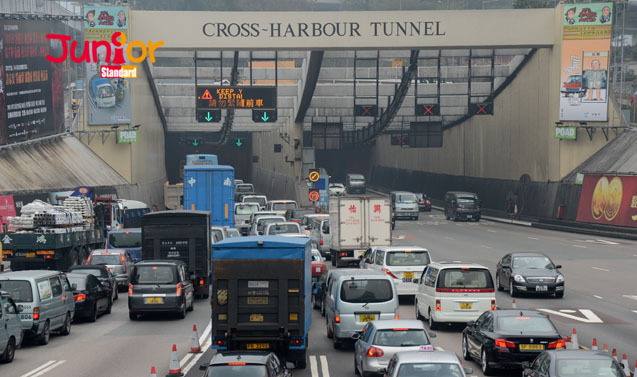 POLYTECHNIC University (PolyU, 理工大學) has proposed the building of a HK$5 billion Green Deck (「綠化平台」 ) above the Hung Hom (紅磡) entrance to the Cross-Harbour Tunnel (海底隧道) to improve air quality and the living environment.

The plan is contained in a draft proposal submitted to government departments. A final and detailed plan will be submitted late this year, said the university’s deputy director of campus development Daniel Suen Chung-keung (孫頌強).

However, since the university neither owns the site nor has enough money to undertake such a project, it hopes the government will accept and build the deck.

The Green Deck, with an area of 43 hectares, would connect Hung Hom MTR station and PolyU, and serve as a public green space for residents and students.

It was proposed by a 10-scholar team from the architecture, environment and properties development departments.

“The air quality will be improved by around 30 to 40 percent,” Suen said.

Green Deck special task force committee chairman Alex Lui Chun-wan (雷震寰) said that, in addition to plants, the university would install air purifiers and ventilating equipment on the deck. “The polluted air will be directed into air purifiers and released as clean air,” Lui said. Pollution in the area is bad because of traffic congestion at the tunnel.

Lui said the university will continue to investigate the possible use of renewable energy for the deck.