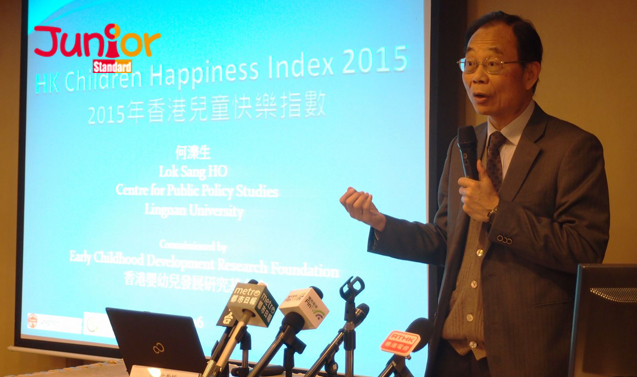 Hong Kong children are less happy than they were a year ago.

Those aged eight to nine and over 14 suffered the most, mainly due to academic pressure. They are the findings of The Children’s Happiness Index survey (香港兒童快樂指數調查) by Lingnan University (嶺南大學).

The latest index also showed that in 2015, Hong Kong children were least happy since the annual survey began four years ago. The survey polled students from primary and secondary schools as well as parents.

He said the happiness level declined ‘noticeably’ in 2015. This was probably due to the indirect influence of the tense socio-political atmosphere in recent years.

“Heightened pressure from studies” was also a reason, he added. Pressures arising from
extracurricular activities did not show marked changes, he said.

But on the whole, Hong Kong children are still considered happy. They will be considered generally ‘unhappy’ if the index falls below four.

The survey found Primary Four students spent the most time doing their homework – 151 minutes per day, up from 140 minutes in 2014.

Also, the survey found children who sleep for less than nine hours are the least happy.

(This article is published on Junior Standard on 6 April 2016)