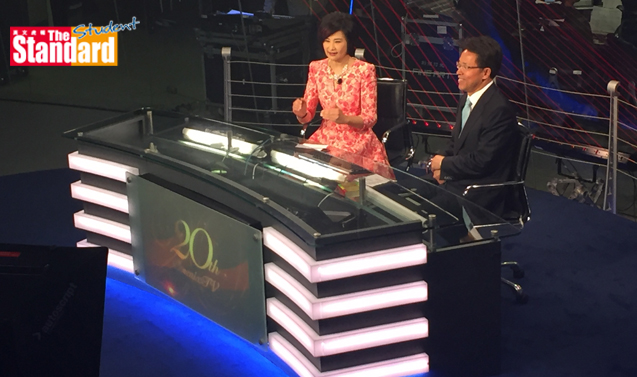 His remarks were the latest in a series of attacks on the Hong Kong National Party (香港民族黨), set up last month by convener Chan Ho-tin (陳浩天), a Hong Kong Polytechnic University (香港理工大學) alumnus who said party members are mostly tertiary students and new graduates.

“Someone in Hong Kong claimed that they had set up a party for promoting Hong Kong independence as its manifesto. I can’t make any ambiguous answers in replying to this incident, as it far exceeded the limitations of speech, and freedom of speech,” Zhang said in an interview during a 20th anniversary celebration of Phoenix Satellite Television Holdings (鳳凰衛視).

“It had touched the bottom line of ‘one country, two systems’. We don’t think these people’s subjective intentions can be a success. We can’t tolerate them, even [the idea] would not have any effectiveness,” Zhang said. “We must uphold the rightness, principle and bottom line of this cardinal rule.”

He added it will endanger the prosperity, stability and fundamental interest of Hong Kong.

Former chief executive Tung Chee-hwa (董建華), who is also vice chairman of the Chinese People’s Political Consultative Conference (中國人民政治協商會議 ), said independence will be of no interest to the public, and bring much harm.

“It’s very naive ... I hope more people can come out and oppose this idea,” Tung said.

Meanwhile, legal experts said the new party may be deemed “illegal” under the Societies Ordinance (社團條例).