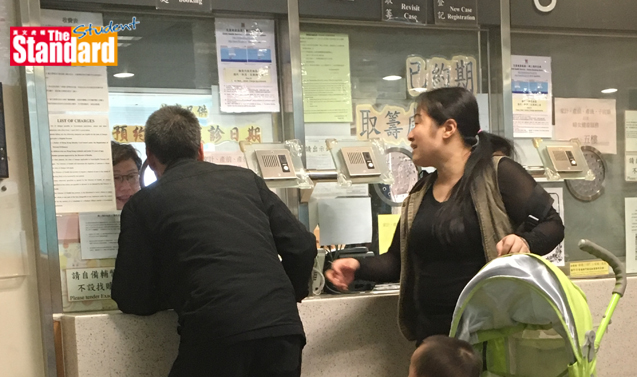 HONG Kong has for the first time limited the number of non-local children eligible for inoculations as mainland parents look for safe jabs after a vaccine scandal across the border.

Starting on 1 April, Maternal and Child Health Centres (母嬰健康院) are only accepting bookings for 120 non-resident children a month, which broke down to between two and seven for each of 31 clinics. Their parents also face a higher fee.

The move came amid fears that some families would come to Hong Kong for inoculations and put pressure on supplies.

Since 24 March there has been an increase in the number of queries and vaccine bookings for mainland children, particularly at centres in Fan Ling (粉嶺), Kowloon City (九龍城) and Yan Oi (仁愛) in Tuen Mun (屯門). More than 80 phone inquiries were received on 24 March and there were around 120 on 29 March.

No new cases for non-eligible children were admitted for 12 of the centres which had already exceeded the quota for March.

Three out of the five centres in New Territories East (新界東) exceeded the quota for the month.

The quota may be adjusted, or new case bookings may be withheld for non-eligible children when necessary, Li said.

A basic consultation fee of HK$365 is required for a non-eligible child. For some vaccines, such as pneumococcal, there is an extra payment of HK$405.

(This article is published on Junior Standard on 5 April 2016)

Sharp moves by mainland parents to get jab for tots
http://goo.gl/mhW2se