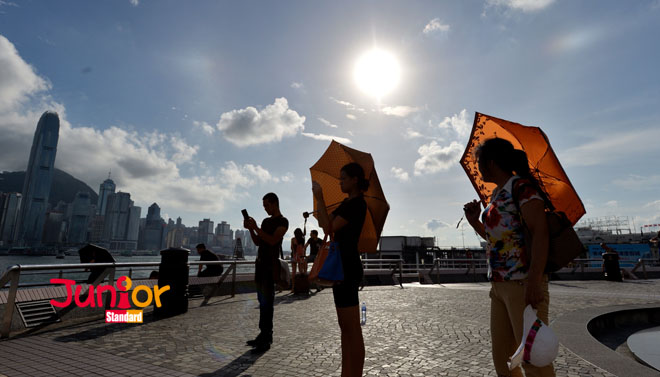 HONG KONG will have five times more extremely hot days by the middle of the century,warns the Hong Kong Observatory chief.

This will happen even if carbon emissions are kept at today’s levels, the director of the Hong Kong Observatory (HKO, 香港天文台) Shun Chi-ming (岑智明) said.

Shun quoted a report on climate change that states summer temperatures in the city will rise by two to three degrees Celsius.

There will be a larger number of extremely hot days, from about 10 at present to about 50 a year, Shun added. Before the start of the 22nd century, the number of very hot days will increase to about 100 a year.

The report points out that global mean sea levels will increase by 0.2 to 0.38 metres in the middle of the century. It will be between 0.45 and 0.82m at end of the century.

Low-lying places in Hong Kong will be more affected by storm surges. For example,a storm in 2008 caused over three metres of flooding in Tai O (大澳). Flooding like this may take place every 10 years by mid-21st century.