HK$34bn of reliefs in budget 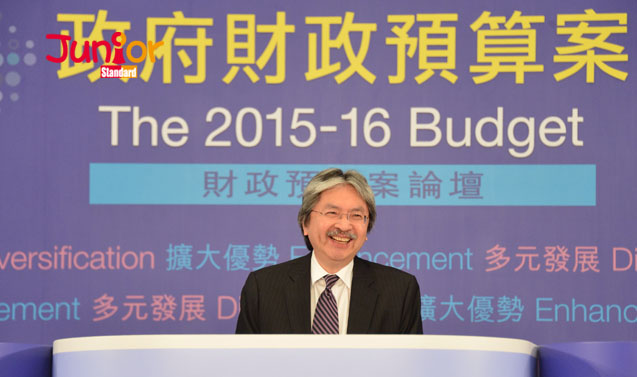 MANY people in Hong Kong have suddenly become a bit richer, albeit only temporarily.

Financial Secretary John Tsang Chun-wah (曾俊華), in his eighth budget speech, handed out HK$34 billion of sweeteners to help the public see through a challenging year and stimulate the laggard economy.

The amount is nearly 1.7 times the HK$20.3 billion one-off relief measures he distributed for the current fiscal year ending March 31 and comes on the back of a windfall HK$63.8 billion surplus.

The same relief in the case of salaries tax will also be extended to those paying profits tax. This will benefit 130,000 taxpayers.

Rates for the first two quarters of 2015-16 will be waived, subject to a ceiling of HK$2,500 per quarter for each rateable property. This will benefit 3.15 million properties.

The government will provide an extra allowance involving an additional HK$5.5 billion to Comprehensive Social Security Assistance recipients equal to two months of the standard rate of CSSA payments.

Also benefiting are recipients of old age, old age living and disability allowances, who will be getting equal to two months’ worth. One month’s rent will be waived for lower-income Hong Kong Housing Authority and the Hong Kong Housing Society tenants.