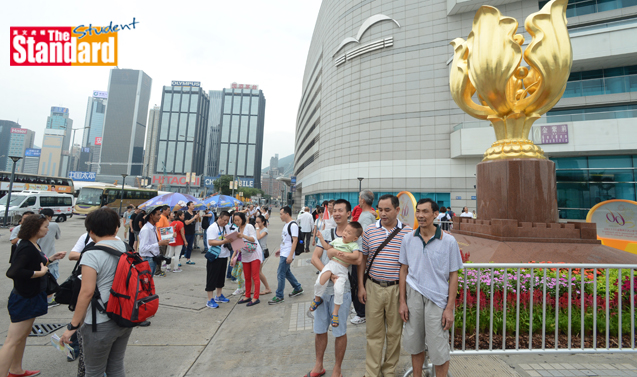 HONG Kong has asked the central government to allow more mainland cities to join the Individual Visit Scheme (自由行) to the SAR.

Tang did not specify how many and which cities are involved as the discussion is still ongoing and no consensus has been reached.

The request for more cities to be involved is contrary to what Chief Executive (行政長官) Leung Chun-ying (梁振英), who beat Tang for the city’s top position in 2012, told Beijing’s top officials last year. Leung has apparently changed his views since he told the Legislative Council (立法會) last May that the Hong Kong government is interested in “opening up some new markets in the mainland” but will limit visitor numbers.

According to Tang, Li holds the view that the Mong Kok (旺角) riot and the death of a Heilongjiang (黑龍江) tourist at a jewellery shop had damaged Hong Kong’s reputation.

“We told him that the death of the tourist was an unfortunate accident and that those who participated in the Mong Kok riot are only a small proportion of Hong Kong’s youth and do not represent the majority,” Tang said.

He suggested the administration adds the development of Hong Kong tourism to the national five-year plan.