HK youths under the spotlight 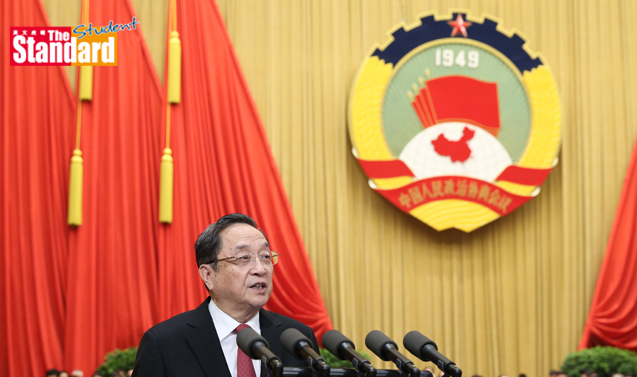 HONG KONG delegates to the mainland’s top advisory body have been urged to actively take part in work related to young people.

Chairman Yu Zhengsheng (俞正聲) said at the opening session of the Chinese People’s Political Consultative Conference (CPPCC, 中國人民政治協商會議) that the body will encourage Hong Kong and Macau (澳門) delegates to play an active role in nurturing youth and help deepen cooperation between the mainland and the special administrative regions.

That is just one of the CPPCC’s eight major tasks this year.

“Work hard on the task of solidarity ...We will extensively and thoroughly participate in work related to the young people in Hong Kong and Macau,” Yu said.

The annual report delivered by Yu said delegates have led groups of youths to visit the mainland to show them the nation’s achievements.

The push came after Edward Leung Tin-kei (梁天琦) of localist group Hong Kong Indigenous (本土民主前線) garnered more than 66,000 votes in last month’s Legco byelection, with most of his supporters said to be young people.

Yu reiterated that the CPPCC will fully and faithfully implement the principle of one country, two systems.

“We encourage delegates to exert their positive influences and offer advice on promoting the cooperation between the mainland and Hong Kong and Macau.”

Hong Kong Chief Executive (行政長官) Leung Chun-ying (梁振英) said every society should attach great concern to youth as “they are the future of society”.