Shot in the arm for newcomers 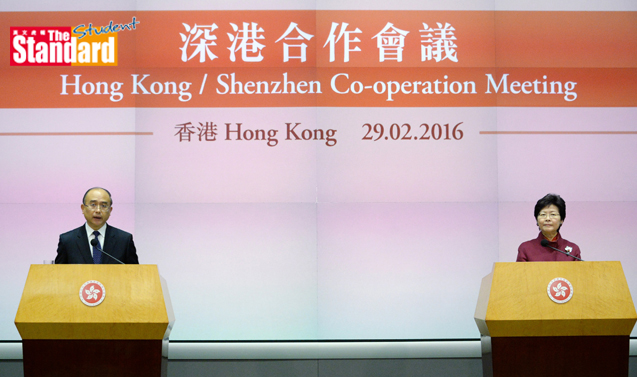 HONG Kong and Shenzhen (深圳 ) have sealed three agreements to woo mainlanders to invest in innovation and technology start-ups on both sides of the border.

“This year marks the start of the national 13th five-year plan,” Lam said. “It is clearly stated in the proposal from the central government that the mainland needs to step up efforts to further open up its markets to Hong Kong and Macau (澳門) and expedite the development of Guangdong-Hong Kong-Macau cooperation.”

Saying innovation and technology development will be the big focus this year, Lam introduced a key figure in Hong Kong’s efforts in the field to Shenzhen officials. He is recently appointed Secretary for Innovation and Technology (創新及科技局局長) Nicholas Yang Wei-hsiung (楊偉雄), the first person to hold that position.

Lam said the government is committing HK$2 billion to set up the Innovation and Technology Venture Fund (創科生活基金), and the new agreements will fit in with that scheme.

In addition, the two governments will set up a platform to encourage the exchanges of ideas.