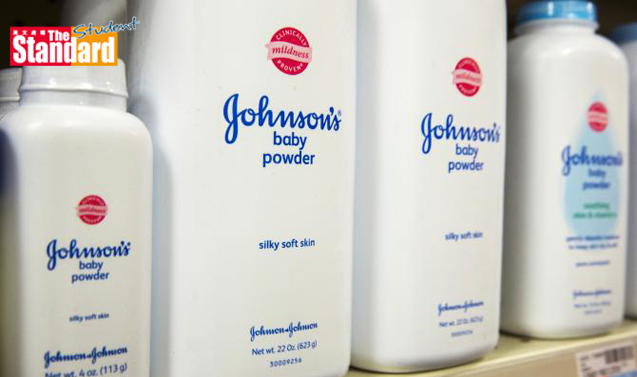 THE government says it is concerned about the health alarm over the use of talcum powder, but stressed that more studies are required before it can conclude whether there is a direct link to ovarian cancer.

Fears were expressed after a jury in the US state of Missouri (密蘇里州) ordered pharmaceutical giant Johnson & Johnson (強生) to pay US$72m (HK$562m) to the family of an Alabama (阿拉巴馬州) woman who died from ovarian cancer last year. She had said before her death that the cancer was caused by using baby powder and other products containing talcum.

Talcum powder is made from talc, mined from the soil and composed of magnesium, silicon, oxygen and hydrogen.

Talc is widely used in cosmetics and personal care products, such as talcum powder, to absorb moisture, prevent caking and improve the product’s feel.

The civil suit by Jackie Fox’s family was part of a broader claim involving nearly 60 people. Her son took over as plaintiff following her death last October at the age of 62, more than two years after her diagnosis.

Marvin Salter said his late mother, who was a foster parent, used the talcum powder as a bathroom staple for decades.

“It just became second nature, like brushing your teeth,” he said. “It’s a household name.”

In Hong Kong, Secretary for Food and Health (食物及衛生局局長 ) Ko Wing-man (高永文 ) expressed concern about the alarm over talcum powder, adding the government will look into the matter with medical experts.

“More studies need to be done to show if there is a direct relation,” he said.

Ko added that the government would follow the case and keep an eye on developments.

The facts about talc safety
http://goo.gl/S5QjUW