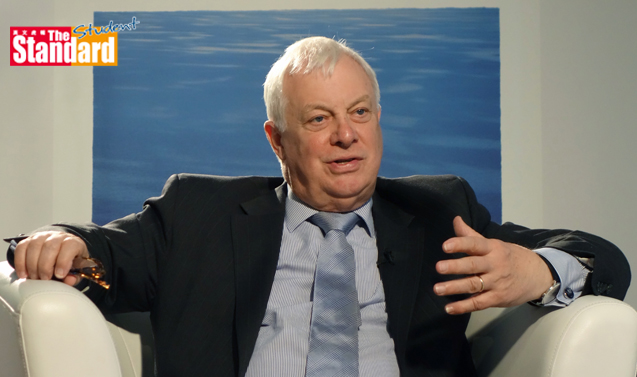 THE city’s last governor, Chris Patten (彭定康), has hit out at the central and Hong Kong governments for threatening the autonomy of local universities.

In an online commentary, he said universities in the mainland and Hong Kong are faced with threats to their autonomy and freedom from an authoritarian government.

In the SAR, the autonomy of universities and free speech, guaranteed in the Basic Law (基本法) and the 50-year treaty between Britain (英國) and China, are under threat, he wrote.

“The rationale seems to be that, because students strongly supported the pro-democracy protests in 2014, the universities where they study should be brought to heel. So the city’s government blunders away, stirring up trouble, clearly on the orders of the government in Beijing (北京),” Patten wrote in a piece for the website Project Syndicate.

In the article The Closing of the Academic Mind, he also criticised the treatment of Lee Po (李波) and four other booksellers who went missing.

“Indeed, the Chinese authorities only recently showed what they think of treaty obligations and of the ‘golden age’ of Sino-British relations [much advertised by British ministers], by abducting a British citizen on the city’s streets.”

Lee, a British national, went missing in Chai Wan (柴灣) on 30 December before surfacing in the mainland with Guangdong (廣東) police saying he is “assisting in an investigation”.

Patten wrote he would wager that he had been chancellor of more universities than anyone alive today. As governor, he was made chancellor of every university in Hong Kong.

When Patten returned to Britain in 1997, he became chancellor of Newcastle University and is currently Oxford University (牛津大學) chancellor.

Xi urges peacef...
CHINA reserves the right to us...