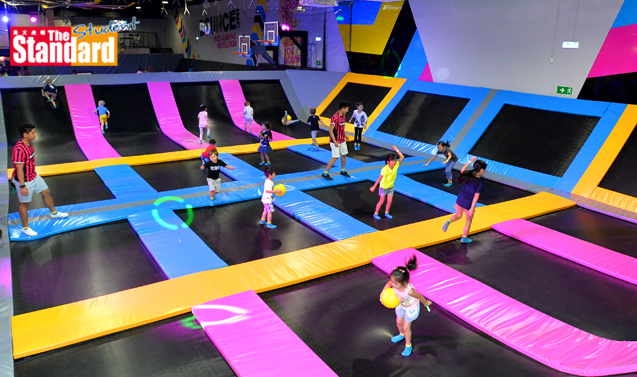 AT least 16 people, including a six-year-old boy, have been seriously injured after playing in an indoor trampoline park in the past six months.

Most of those injured, aged six to 50, were sent to the orthopaedics and traumatology department after being seen at the accident and emergency
department.

Nine of the injured were aged below 18.

“All these 16 patients need at least around half a year to recover,” a spokeswoman said.

The most seriously injured was a 34-year-old woman who dislocated her ankle. She underwent surgery and is being helped by a physiotherapist.

Other cases involved tendon injuries and many needed surgery. The director of the department of orthopaedics, Chan Chi-wai (陳志偉), said there
have been fatalities and permanent injuries in some similar cases overseas.

He said the breakdown of soft tissues could usually cause the surrounding ligaments to be torn. And even if doctors successfully reconnect the broken
ligaments, they will not be as tensile as before when they regrow.

Apart from leaving scars, the injuries may reduce a patient’s stability even after recovery, he added.

The manager of Bounce said the company is concerned about the injuries. Although he admitted that there are no licensed coaches, all staff received
training and advised clients against high-risk jumps.

He added that Bounce, which opened in July with more than 80 trampoline beds, bought insurance for customers.