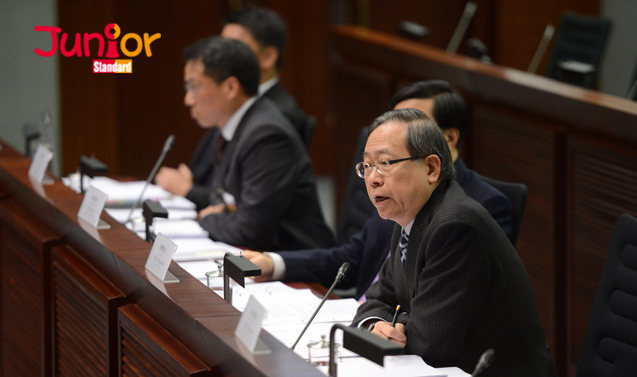 Protesters should be banned from wearing masks, according to establishment backing legislators at a meeting of the Security Panel of the Legislative Council.

Secretary for Security Lai Tung-kwok (保安局局長黎棟國) told those present at the meeting further details about the Mong Kok riot.

Rioters dug up about 2,000 bricks at 15 locations and threw them at officers, he claimed.

The Fire Services Department said there were 22 reports of fire at the time of the riots. But firemen could not reach the scene of 11 of them as they were obstructed by protesters.

Many of the rioters who battled with police wore masks.

Lai said when people wear masks at demonstrations, “they have a premeditated plan for breaking the law and escaping responsibility”.

Legislator Elizabeth Quat (葛珮帆) of the Democratic Alliance for the Betterment and Progress of Hong Kong (民建聯) said the SAR should have a no-mask law so that that people involved in protests can be identified. “The government must have new specific measures and laws to tackle riots,” Quat said. There are no-mask laws in countries such as Canada and Sweden.

But barrister Albert Luk Wai-hung (陸偉雄) said such a law could infringe on human rights. “There could be different reasons for wearing masks, such as when one has a cold,” he said. Such a law could discourage people from following the recommended public health measure, he added.

The panel closed by endorsing a motion strongly condemning the rioters.

(This article is published on Junior Standard on 23 February 2016)