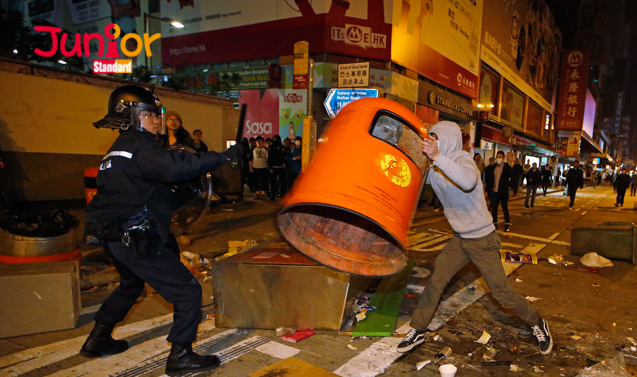 UNIVERSITY of Hong Kong students convicted of rioting may be expelled.

Under university rules, a disciplinary committee would decide whether to reprimand, fine, withdraw academic or other privileges, suspend or expel any student convicted of a crime.

But HKU stressed that the three HKU students arrested in connection with the Mong Kok riot are considered innocent until proven guilty. So, the rule does not apply to the arrested students now.

Ten of the 65 suspects arrested are students, including three from HKU and two from Chinese University. Polytechnic University, Baptist University, City University, University of Science and Technology and Hong Kong Institute of Education said none of their students were involved.

A HKU professor said the disciplinary procedure will only commence if the students are convicted. The most serious punishment will be expulsion.

A HKU spokeswoman said the university would not comment on the case but it condemned any form of violence.

A Chinese University spokeswoman also condemned the violence. She said the university is saddened by the injuries caused by the trouble.

(This article is published on Junior Standard on 18 February 2016)