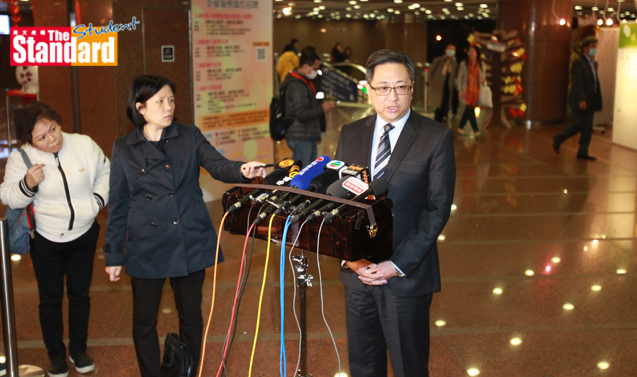 After visiting an injured officer in Queen Elizabeth Hospital (伊利沙伯醫院), Lo said he had appointed Alfred Chau Kwok-leung (周國良) to take charge of the review.

Police equipment, weapons, strategy, command and communication will be aspects covered in the review, with an emphasis on protective gear, Lo said.

More than 90 officers were injured in the confrontation, with eight admitted to hospital. As of Sunday, all but one had been discharged.

Lo said the officers displayed courage and persistence in carrying out their duties.

The officer who fired the two shots did so to protect his colleague, he added. He stood “unwavering in a critical moment”, and prevented his colleague from suffering further harm, Lo said.

His action was appropriate as he had no other choice, the police chief said.

The primary concern of all operations is the safety of officers, Lo said, adding that if rioters “challenge police again, police will not hesitate in using necessary force”.

The Organised Crime and Triad Bureau (有組織罪案及三合會調查科 ) set up a 24-hour hotline (2527-7887) so anyone can provide information on what happened on the night of 8 February and the morning of 9 February.

Former secretary for security Ambrose Lee Siu-kwong (李少光), meanwhile, called the rioters “animals” saying that attacking frontline policemen, even when some of them fell down and lost the ability to defend themselves, amounts to something like attempted murder.