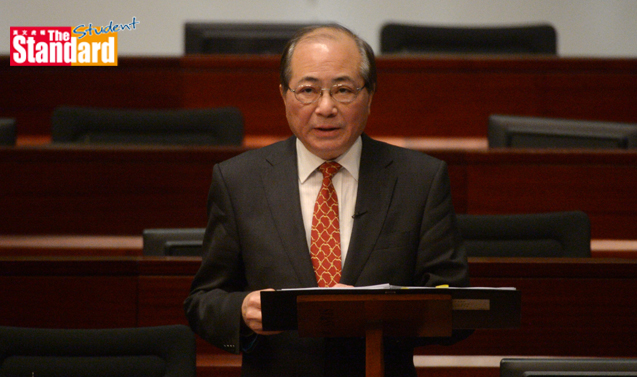 The controversial Territory-wide System Assessment (TSA, 全港性系統評估) will resume next year, after being suspended this year for 90 percent of primary schools, the education secretary said.

The decision was immediately criticized as ridiculous by a concern group that has asked for the TSA be abolished as young schoolchildren are over-drilled for the tests.

Secretary for Education (教育局局長) Eddie Ng Hak-kim (吳克儉) said about 50 schools totalling 3,000 students will be invited to join a trial of the amended Primary Three TSA exams this year.

Schools can refuse to join, and the officials will invite replacement schools.

If the schools decide to join but parents do not allow their kids take the test, they can do so without punishment, Ng said.

The details will be announced in two to three weeks, including the invitation list.

Ng made the announcement on Thursday after accepting the report of the Coordinating Committee on Basic Competency Assessment and Assessment Literacy (基本能力評估及評估素養統籌委員會), chaired by Deputy Secretary for Education Catherine Chan Ka-ki (陳嘉琪).

“The committee recognized the intent of TSA, and the use of TSA data, to provide feedback for improving learning and teaching,” Ng said.

He said parents who refuse will be handled by schools. On over-drilling, Ng said the committee received opinions from specialists and parents should not worry. Committee member Jenny Chan Yuen-han (陳婉嫻) said the trial would be concluded this year and TSA resumed territory-wide next year.

An eight-page summary report in Chinese given to the media said amendments will be made to the Chinese, English and mathematics papers to make them easier.

Introduction to TSA – for schools
http://goo.gl/rOvhaE