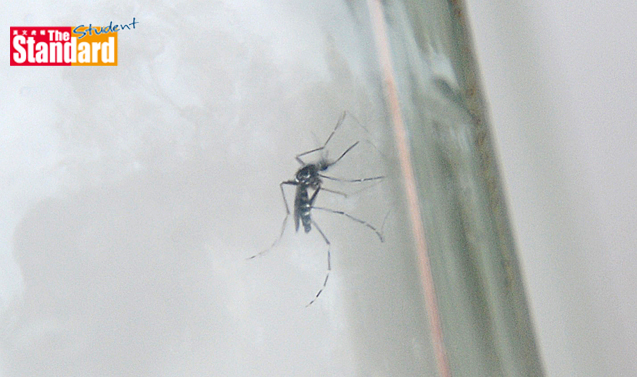 Hong Kong has declared Zika (寨卡) virus infections a notifiable disease meaning doctors are required to report cases, blood donation from those who have been to outbreak countries is banned, and pregnant women are advised to postpone travel to such areas.

The mosquito-borne disease has been linked to microcephaly which causes a smallness of heads among the newborns of infected mothers and its “explosive” spread has caused global concern.

The virus generally causes a rash and a fever similar to dengue fever and chikungunya fever in two to 14 days but for pregnant women, the association with microcephaly is “devastating”, experts said.

After a meeting chaired by Secretary for Food and Health (食物及衛生局局長) Ko Wing-man (高永文) yesterday, authorities said Hong Kong will follow the travel alert issued by the United States’ Centers for Disease Control and Prevention (美國疾病控制及預防中心), which has listed 22 countries or territories in the Americas (美洲), Samoa (薩摩亞) in the Pacific (太平洋) and Cape Verde (佛得角群島) in Africa (非洲) as having “active Zika transmission”.

Brazil is the epicentre of the virus, which was first isolated in 1947 from a monkey in the Zika forest of Uganda.

The Centre for Health Protection (衞生防護中心) and Hospital Authority (醫管局) said travellers are banned from donating blood for 28 days after leaving Zika-infected areas. Pregnant women or those planning to get pregnant should consider postponing travel or take precautions so they do not get bitten by mosquitoes.