Young people left in the dark 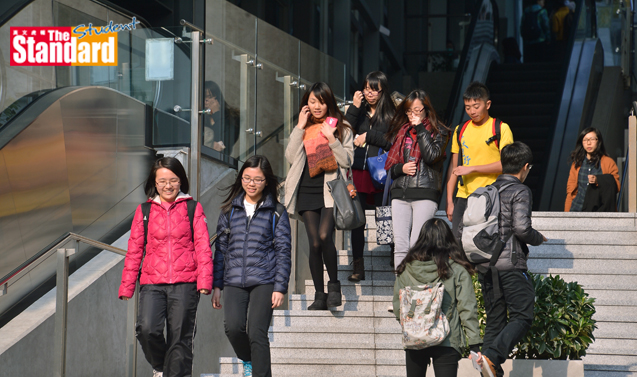 GOVERNMENT consultation exercises are cumbersome and not user-friendly for youths, with just 25 percent saying they have participated, according to a survey.

Youth IDEAS (青年創研庫) of the Hong Kong Federation of Youth Groups (香港青年協會) polled 520 people aged 18 to 34 in December. The main reason for not engaging in public consultation is that the young are not familiar with the issue they are being consulted on (37 percent).

One interviewee in a focus group of 20 said the consultation documents are lengthy and difficult to understand, so she does not know how to comment.

Also, 25.6 percent said their major impression of the government’s consultation work is that it is like “putting on a show” while another 22.6 percent think the government is all talk and no action.

Only 12 percent felt that the government listens to comments and 6.1 percent that it has a genuine attitude. Richard Cheng Tung (鄭東), convenor of Youth IDEAS (Ideals, Dedication, Engagement, Aspirations and Service), said: “We believe that Hong Kong young people want to have a say in government policies. It’s just that the way that the government is doing this consultation work is not user-friendly or transparent enough.”

Nearly 62 percent said the use of information technology would be helpful.

“It is not a bad idea if the government can consider launching an online petition website like that of the British parliament (英國議會) and the White House (白宮),” Cheng said.

Survey researcher Sharon Cheung Ching-wan (張靜雲) found that among 119 consultations held by the current administration, the results of 27 were either not published or cannot be found. She said there should be a one-stop website for all consultation papers.