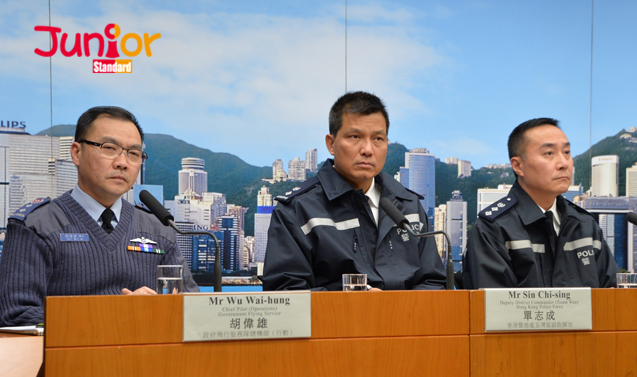 These include the forecasting accuracy of the Hong Kong Observatory (香港天文台), frost chasers defying police warning about dangerous conditions, the way the rescue operation was conducted and school closures.

The observatory’s original forecast for Sunday, 24 January, was a low of six degrees Celsius but the actual temperature recorded was three degrees. Sub-zero temperatures were also recorded at the highest point of Tai Mo Shan and other peaks. Hong Kong Observatory admitted there was uncertainty in the nine-day weather forecast system.

“The actual temperature was lower than we expected mainly because of the longer period of rain,” he said. “Currently, our system could not forecast how long the rain would take, and the extreme weather has made the forecast become more difficult,” he said.

Police said the cold weather attracted a large number of frost chasers to Tai Mo Shan and public announcements might have to be made as early as practicable in future.

Rescuers were called in to help stranded frost chasers and marathon runners. A total of 129 people were rescued and 67 sent to hospitals for hypothermia.

Some criticised rescuers, saying that they were not adequately equipped and the operation took too long – 19 hours. Parents, meanwhile, criticised the government decision to close schools for younger children for one day, saying that the move was unnecessary.

(This article is published on Junior Standard on 2 February 2016)