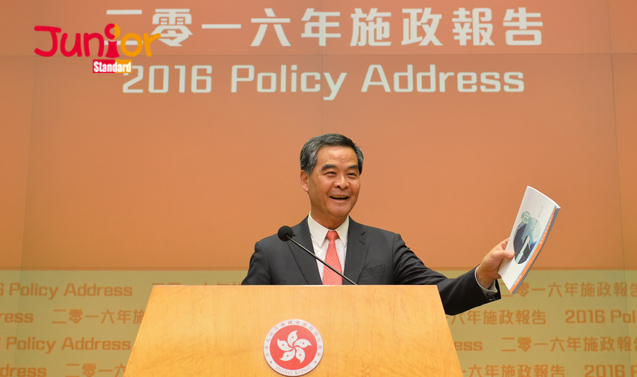 Leung Chun-ying (梁振英) was criticised for “shoe-shining” to ensure a second five-year term as chief executive by “over-focusing” on Beijing’s One Belt, One Road (一帶一路) strategy in his policy address.

More than eight pages of the 71-page speech – entitled Innovate for the Economy, Improve Livelihood, Foster Harmony, Share Prosperity – focused on One Belt, One Road, with 42 mentions.

Leung announced the setting up a committee and an office to draw up and coordinate strategies for Hong Kong’s role in the national initiative.

But critics noted that the big talking points – missing bookseller Lee Bo (李波), standard working hours and the MPF offsetting mechanism – were not addressed, nor was future political development.

Democratic Party chairwoman Emily Lau Waihing (劉慧卿) said Leung’s lengthy discussion on the project “gives the impression that what he wants to do is to suck up to Beijing and to look after his interests next year when he seeks re-election”.

Social workers said proposals on the shortage of various social services are piecemeal.

But the chief executive explained later that he would be blamed by the people if he did not set up directions for Hong Kong as One Belt, One Road is important.

(This article is published on Junior Standard on 20 January 2016)

One belt, one road
http://en.wikipedia.org/wiki/One_Belt_One_Road