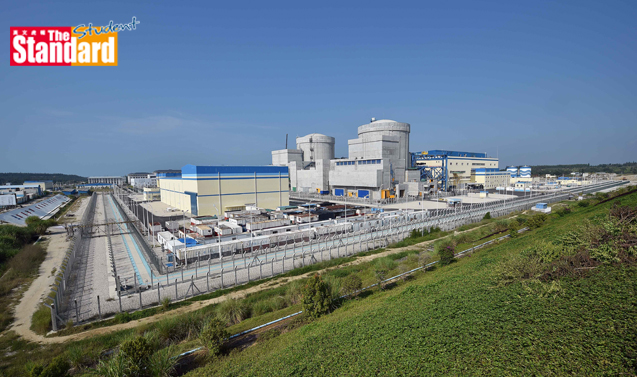 CHINA is coming to a crossroads as it hurriedly increases nuclear power production to cope with rising electricity demand and cut carbon emissions: Should it reprocess its nuclear waste or store it?

The study says China could save tens of billions of dollars by storing the spent fuel. The savings could be used on research and building nuclear reactors. It recommends postponing major investments in reprocessing and so-called ‘breeder’ reactors that produce more plutonium than they consume.

“China has the luxury of time, as it has access to plenty of uranium to fuel its nuclear growth for decades to come, and dry casks can provide a safe, secure and cost-effective way of managing spent fuel for decades to come, leaving all options open for the future,” the study says.

China has aimed for a ‘closed’ nuclear cycle – recycling reactor fuel instead of using it just once and disposing of it – since the early 1980s. The State Administration of Science, Technology and Industry for National Defence (國家國防科技工業局) said that remained as China’s policy – to enhance its use of uranium resources and to cut production of nuclear waste.

The country already has the world’s fastest-growing nuclear energy programme as it strives to double atomic power output from the current level within five years – a key element of its commitment to produce 20 percent of its energy from low-carbon sources by 2030.

The cost of reprocessing in China
http://goo.gl/jTvny2