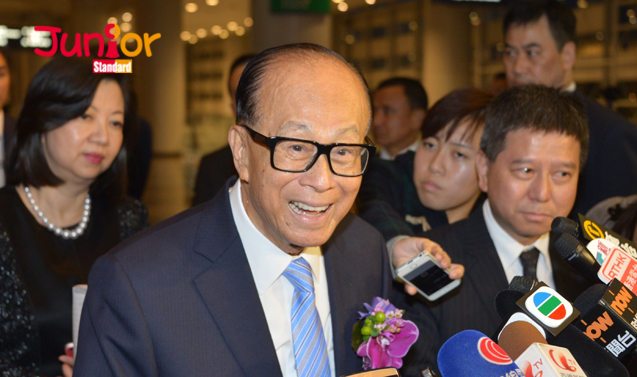 People should not go looking for the Monkey to do them any favours in the coming year.

As tycoon Li Ka-shing (李嘉誠) reads the signs – and he is looking at hard facts and figures, not lunar pointers – it is going to be a tough year, and if you do not face up to that reality and work harder then “it will be quite difficult”.

The chairman of CK Hutchison (長和集團) delivered his tough talk at the firm’s annual dinner. He noted that among recent reverses “retail sales fell, imports and exports dropped and revenue from hotels was less”.

So “everyone needs to work harder in many ways!” he said.

Given the climate, Li added, a 10 percent drop in home prices would be ‘normal’. “Lower demand and a weaker economy would naturally bring down property prices,” he said. He also played cool on share turmoil: “There are ups and downs in the stock market. It happens all over the world.”

And amid “uncertain times in the political and economic spheres, the fall in commodity prices reflects concerns about the world economy”.

He noted that his group’s core businesses – energy aside – have performed stably.

His big-picture message: “Not only should we be mindful of shifts in the global economic wind and manage our existing businesses with prudence, we must also create and sustain competitive advantages through innovation and new technologies to capture new economic opportunities.”