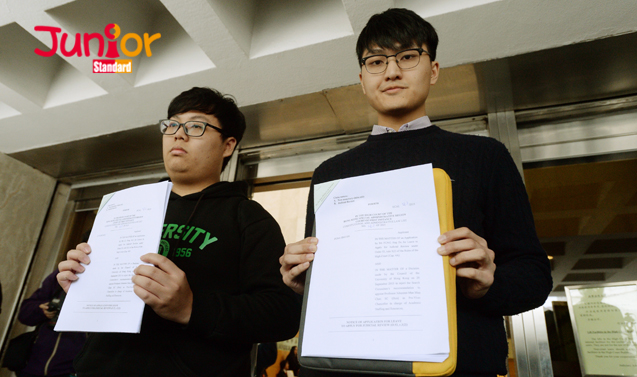 Fung’s application argued the council should have given Chan, a pro-democracy academic, an opportunity to clarify accusations against him during a meeting so that members could make an informed judgment.

“The council did not take reasonable steps to ascertain the opposing position to those allegations,” he said.

Earlier, Fung had revealed the contents of a council meeting that rejected Chan's recommendation.

During the meeting, Arthur Li Kwok-cheung (李國章) said Chan had no doctoral degree. Another council member, liver surgeon Lo Chung-mau (盧寵茂), said Chan was not even an assistant professor, and had shown him no sympathy when Lo fell during the chaos that occurred at a meeting in late July.

In his writ, Colman Li said the council should have explained the major points of its decision, which is a balance between the confidentiality of the meeting and the public’s right to know.

(This article is published on Junior Standard on 5 January 2015)