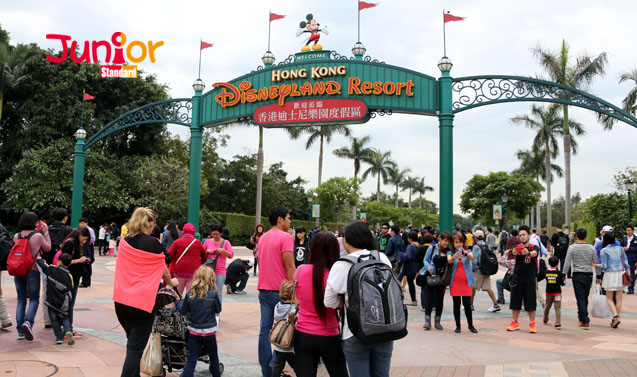 HONG KONG Disneyland Resort (香港迪士尼樂園度假區 ) recorded a golden year in 2014, reaping HK$332 million in profit, up 36 percent from 2013 due to a rise in per capita guest spending and an increase in visitor numbers.

The theme park’s revenue for the last financial year rose 12 percent between October 2013 and September 2014 to a record HK$5.4 billion. But the growth in attendance slowed to 1 percent from the year before, compared to the double-digit growth in each of the previous four years.

Of the 7.5 million visitors last year, about 48 percent were mainlanders, 32 percent locals and the remaining 20 percent were from other countries. Compared to 2013, the number of visitors rose by only 100,000, but guest spending increased 11 percent.

Kam said merchandise, food and beverages from Disney’s award-winning movie Frozen (《魔雪奇緣》 ) were the most popular in 2014. During the fiscal year, a total of 3,300 soft toys of Frozen characters Elsa and Anna were sold every week.

It also sold more than 66,000 soft toys of Elsa and Anna in five months, and a total of 530 costumes of the two characters were also sold every week.