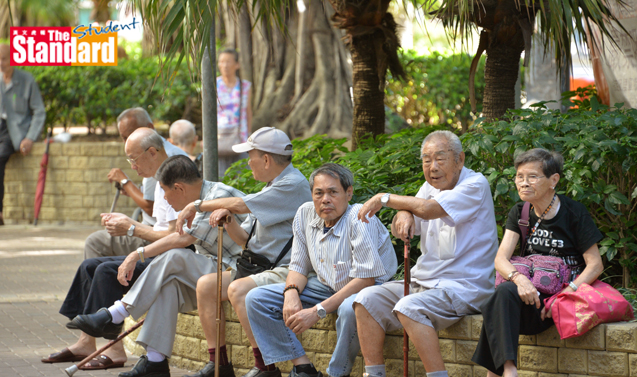 CRITICS and a professor who recommended universal retirement protection have slammed the government for preferring a plan that aims to alleviate poverty rather than actually helping the elderly in their golden age.

But she painted a dire scenario - with taxpayers having to pay salaries tax of 23.3 percent - to afford a universal scheme proposed by University of Hong Kong social work professor Nelson Chow wing-sun (周永新).

With the elderly population expected to grow to 2.58 million after applying the two proposals for 50 years, Lam said Chow’s universal plan would result in the government spending an extra HK$2.395 trillion - 10 times the HK$255.5 billion needed in the administration’s blueprint.

With Chow’s plan, Lam warned that people should be prepared for a steep tax increase - raising the standard salaries tax rate from 15 to 23.3 percent and profits tax from 16.5 to 20.7 percent.

Lam said it would be important for the government to receive public opinion in the coming six months to understand how much tax increase citizens are ready to bear to support either plan.

Chow, who came up with the plan after being invited by the government in 2013, said: “It seems like the government wants to beat down the ‘regardless of poor and rich’ plan by telling the public that there’ll be a huge increase in tax.”

“Their plan is another way of punishing the hardworking elderly and those who have lots of savings,” he said.