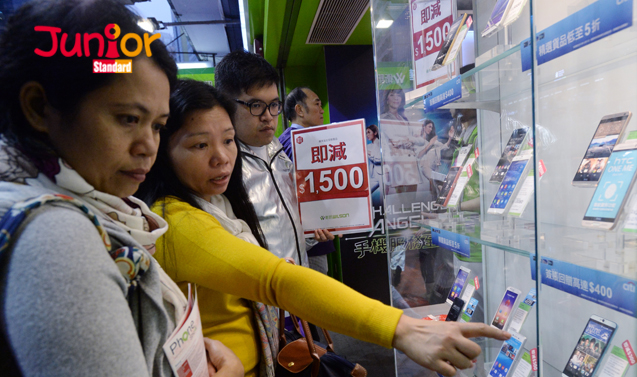 Shops cut prices of smartphones by up to 20 percent in a rare price war ahead of the Competition Ordinance (競爭條例), which took full effect on Monday.

Competition Commission chairman Anna Wu Hung-yuk (競爭事務委員會主席胡紅玉) warned that the law would come down hard on offenders, including those who engage in price fixing and bid rigging.

Before the competition law’s implementation, electronic retailers had an understanding among themselves that they would sell products according to the suppliers’ recommended price

Hong Kong Consumer Electronics Alliance president Fong Po-kiu (香港消費電子產品聯盟 主席方保僑) said this could be seen as a type of resale price maintenance – a type of vertical price restriction between companies operating at a different level of the distribution chain. The Competition Commission said such conduct may have the object of harming competition.

Over the weekend, electronic chain Fortress was offering up to 20 percent discount on selected popular brands of smartphones. Other major retailers quickly followed suit with some slashing prices for certain phone models by over HK$1,000.

Companies with substantial market power are banned from predatory pricing – setting prices so low that they deliberately make a loss to force its competitors out of the market. However, it is uncertain if any of the chains have that power.

University of Hong Kong assistant law professor Kelvin Kwok Hiu-fai said the effect of the law will lower prices in the long run.

(This article is published on Junior Standard on 18 December 2015)