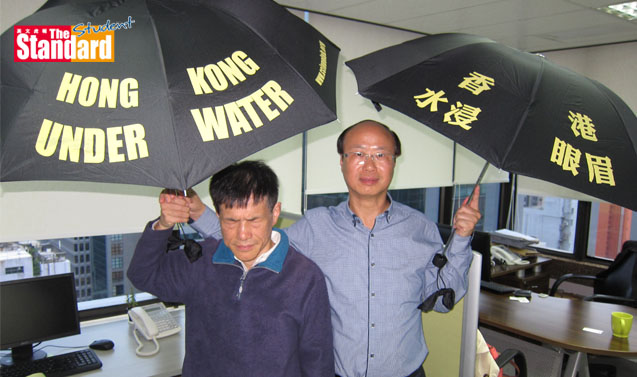 French Foreign Minister Laurent Fabius (法比尤斯) ended nearly a fortnight of gruelling negotiations with the bang of a gavel, marking consensus among the ministers, who stood for several minutes to clap and shout their joy.

“I see the room, I see the reaction is positive, I hear no objection. The Paris climate accord is adopted,” declared Fabius, the president of the talks.

The pact ends decades-long rows between rich and poor nations over how to carry out what will be a multitrillion-dollar campaign to cap global warming and cope with the impact of a shifting climate.

The Paris accord sets a target of limiting warming of the planet to “well below” 2.0 degrees Celsius compared with the Industrial Revolution (工業革命), while aiming for an even more ambitious goal of 1.5 Celsius.

To do so, emissions of greenhouse gases will need to peak “as soon as possible”, followed by rapid reductions, the agreement states.

On the crucial financing issue, developed countries agreed to muster at least US$100 billion (HK$780 billion) a year from 2020 to help developing nations.

But following US objections, it was not included in the legally binding section of the deal.

Satellites misr...
Scientists have been warning a...