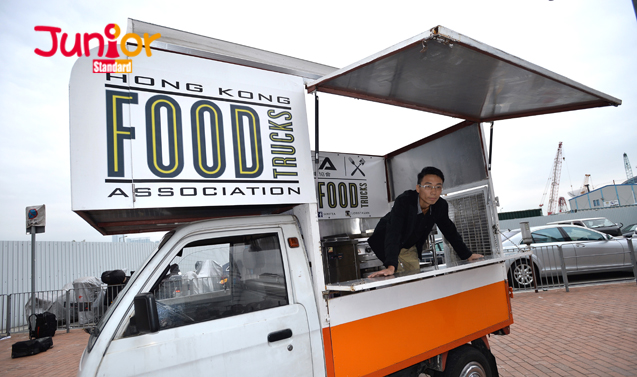 Twelve food trucks will be dishing out tasty treats in six tourist hot spots by the end of next year.

These are Golden Bauhinia Square in Wan Chai; Art Square and Salisbury Garden both in Tsim Sha Tsui; Central Harbourfront; and outside Ocean Park and Hong Kong Disneyland.

The concept was first proposed by Financial Secretary John Tsang Chun-wah (財政司司長曾俊華) in his budget for this year in February.

The trucks will be rotated every two to three months to test their business models throughout the year. The cost of each truck is projected to be about HK$600,000, including buying the vehicle and then refurbishing it to meet the food-licence and firesafety requirements.

“The threshold to run a truck is not too high,” So said. “This is lower than the cost needed to rent a shop and run a restaurant.”

Interested operators will have a ‛cook-off’ before they are chosen to run a food truck. A selection panel will first screen applicants during a two-month period from March. Applicants will be judged on the creativity of their business plans and not their financial clout.

This will prevent restaurant chains and food companies from dominating the pilot scheme. Cuisine creativity and truck design are the othercriteria. All types of cuisines will be considered.

(This article is published on Junior Standard on 15 December 2015)